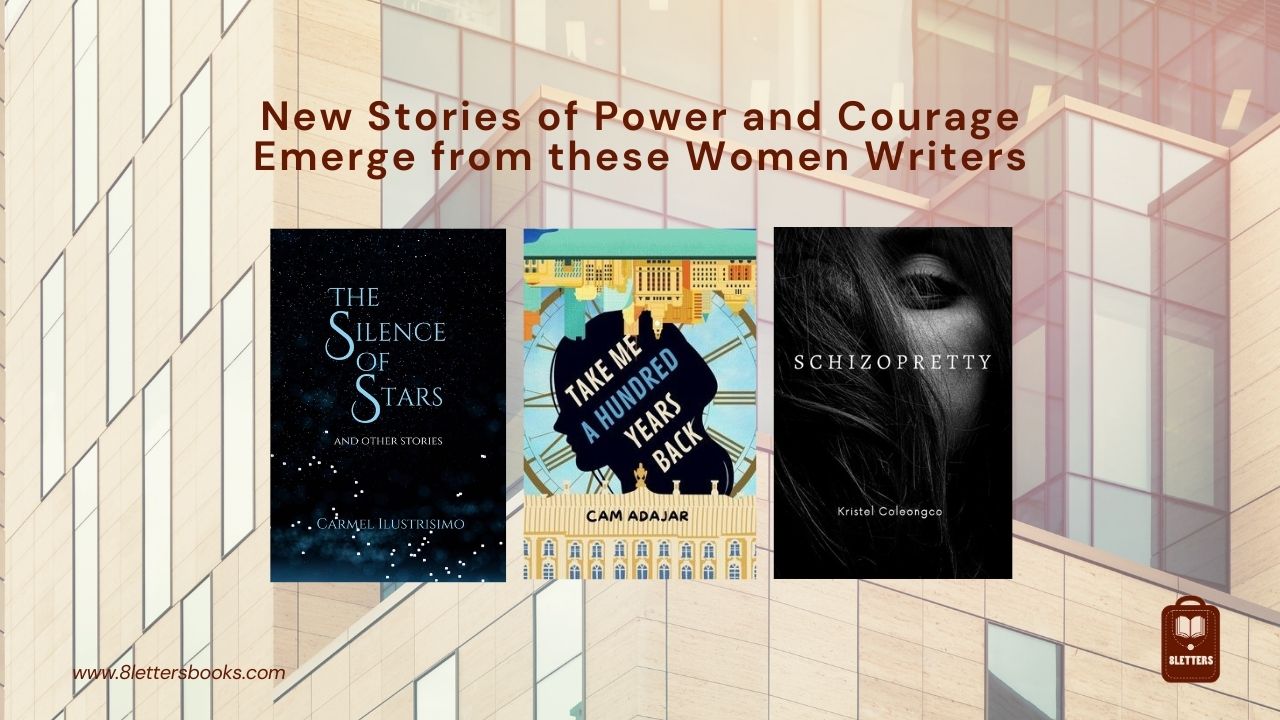 Before 2022 drew to a close, 8letters Bookstore and Publishing added to its roster of short story collections and novellas another testament to authentic Filipino talent: Take Me A Hundred Years Back (Cam Adajar); The Silence of Stars and Other Stories (Carmel Ilustrisimo); and Schizopretty (Kristel Coleongco).

Cam Adajar’s debut novella Take Me A Hundred Years Back tells the story of Crisper, a teen living in 2122, where scientists were prosecuted and forced into hiding. This time travel romp features a coming-of-age adventure and young adult romance set against the backdrop of politics and civilian unrest.

“Rampant misinformation seen in the internet influenced me to write the book… I see this novella as a commentary on the fake news circulating the internet,” Adajar says.

Besides social awareness and knowledge of current affairs, science know-how made writing the novella easier.

Adajar concedes. “You have to know the stuff that you’re writing to make it believable. Thankfully, I have a good educational background related to science, so it came easily, although I have to re-read stuff to confirm if I remembered it correctly.”

For the author, information and entertainment must go together, so that readers will have a great time as they navigate the worlds she reimagined.

Carmel Ilustrisimo, author of The Silence of Stars, is another first-time self-publisher, but she is not new to writing stories. A Creative Writing major, Ilustrisimo mentions Estrella Alfon, Nick Joaquin, and Gregorio Brillantes, and Cristina Pantoja Hidalgo as her literary heroes. She also writes speculative fiction and does her best to capture the Filipino milieu despite the presence of Western and East Asian tropes.

When it comes to writing about the past, Ilustrisimo emphasizes that “surface-level research about historical details is not enough. One thing that really helped me was reading works published in the time periods I wrote about, as well as diaries and personal accounts.”

She quickly adds, “You also have to temporarily suspend the norms and standards of your era to put yourself into the minds of your characters. The most surprising thing is discovering that there are actually few differences between their mentality and ours.”

Surprisingly, however, she finds writing about the future much more trickier.

“When you write about the future, you have to use your imagination in every part of the research process, filling the gaps as you go along and striving to stay consistent. With the past, you already have clues. With the future, you are the clue,” she explains.

Readers who want to get on, in Kristel Coleongco’s words, “an underground buggy…whizzing through the trail tracks of my inner psyche” are encouraged to explore a darker and more macabre world in Schizopretty. These stories, pegged as #nightmaresonink, are guaranteed to make readers afraid, enraged, sad, and enlightened as they come to terms with who the author is as a woman, and who they are as individuals.

“The entire book is written in the first person perspective because I want them to feel and think about all the stories I’m writing about wearing my skin. It’s a rather intimate invitation but something that the right people might enjoy,” says Coleongco.

What makes Schizopretty a more interesting read is its backstory. Coleongco reveals that writing Schizopretty was an emotional rollercoaster ride because the stories stemmed from real nightmares, hence the aforementioned hashtag.

“One of my biggest takeaways [in writing the book] was to face my fears head-on instead of cowering away from them. I started doing this hoping to make them less scary and lucid, but that wasn’t the case. They became scarier and clearer,” Coleongco points out. “I’ve also learned that the mind can be a beautiful yet tumultuous place. The nightmares that spawn out of them even more so. And yet, making the conscious decision to be aware of them and even embrace them gives us a rare insight into who we are as people.”

From being mere nightmares, Coleongco now aptly describes them as a looking glass into who she is as a person and as a woman. Still, her works are out of the ordinary, and what one might consider as outside the spectrum of comfort. Just how does a woman writer release such stories while dodging the clutches of judgment and male objectification?

“Being a prolific and unjudging reader opened me up to the unusual or the deviant. I understand how some stories can be shocking because of their sexual nature. But then again, I think we need to be more upfront with the fact that sex weaves through the tapestry of who we are as human beings,” she muses.

Coleongco also mentions that she is lucky to be surrounded by supportive people, who did not discourage her from writing and publishing her stories.

What’s Next for our Women Writers

There is no stopping Cam Adajar, Carmel Ilustrisimo, and Kristel Coleongco from conquering the world with their stories. In fact, they had only just begun. Adajar, for instance, hopes to finish a longer work that focuses on the

complexities of human emotions and how science cannot dictate what humans can feel. Ilustrisimo, on the other hand, has another collection of short stories and a play in the works. As for Coleongco, a second book under the psycho-supernatural horror genre is being written, in hopes of getting more #nightmaresonink out there.

Take Me A Hundred Years Back, The Silence of Stars and Other Stories, and Schizopretty are available at the 8letters website, and its Shopee and Lazada pages.

Are you team print or print ebook? Our founder Cindy was joined by Tita Tarot’s Cris and Litart Hub’s Kate.

The idea of a writer’s retreat started a year ago. It was supposed to last for a week at least where we would do nothing, but write. That turned out to be an ambitious task because not only will it costs us a lot of money or have the difficulty…

We were greeted with strong winds and non-stop raining on the day we were supposed to ingress our products to the SMX Convention Centre. That means that while our hands were filled with boxes of books, our umbrellas were being blown out of proportion and soon, it ended up in…

For people with regrets, struggles or simply lost, finding their way out – The Light That Never Goes Out is for you. What the book is about: Writer and Editor Katarina Velasquez is living a quiet life in the city when she receives news from her hometown in Cavite involving… 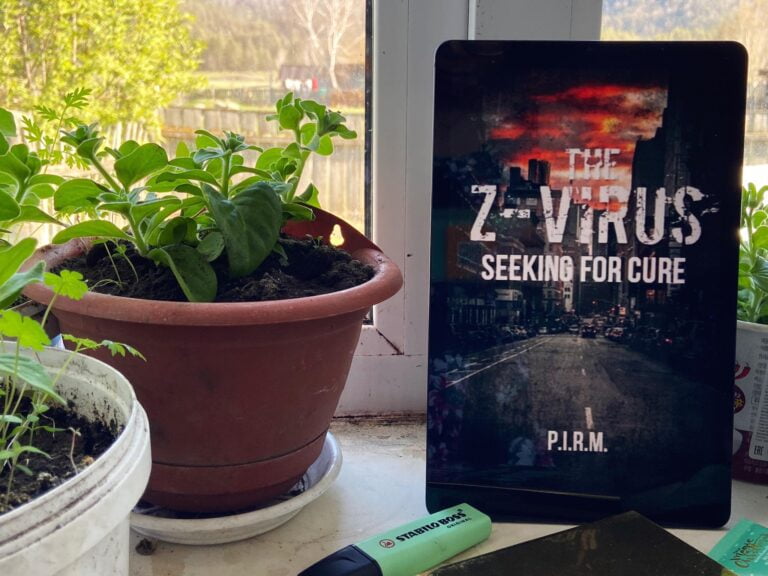