An anthology of science fiction stories set in futuristic Philippines

Fate of a Distant Future | Renato Clarete Tranquilino | Science Fiction
Betrayal
The Philippines have always anticipated a major earthquake like what happened in 1968 that toppled the Ruby Tower in Tondo, Manila. It’s this earthquake that hits the country along the north-south fault line that runs through Manila. Then another global pandemic hit the country and finally its economy collapses. The government then decides to “rent out” Luzon, the northern third of the country to the highest foreign country bidder. The process is mired in corruption and murder, which eventually leads to an unstable rental agreement. The capital, Manila, is then relocated to the southern island of Mindanao. A senator, presumed dead, awakes from a 10-year coma to find out his vote against the rental agreement was not honored – which would have invalidated the deal.
Crankbait
Colonizing a distant planet a few light-years away is never going to be easy. It’s worse when the home office, tampers with the controls of the ship. Captain Louis Ferrera has to figure out how to get back control of his ship, then somehow pierce through the dense atmosphere to determine where exactly he needs to land before his ship’s fuel runs out – and help will be at least 20 years away from the time an SOS is sent.
Bait and Switch
The Philippines is one of the last countries to enter the planet colonizing game. Tired of picking up scraps from the prime countries in the solar system, it engages in a very risky public-private project (PPP) that breaks all the known rules in the solar system. If the project is successful, untold riches will rain on the country. However, the backlash from the United Planetary alliance (the body of the solar-system govt that had replaced the United Nations) could potentially negate any benefit from such a bold plan and destroy the lives of those in charge of the mission.
Family
This is a tale of a young woman with a promising cargo-pilot career that eventually turns to a life of space piracy with her best friend. A brilliant mind can be a blessing and a curse for Vilma, who uncovers a web of conspiracy involving space piracy. A web so intricate and deadly that anybody caught in it, even accidentally, can lose their life. A victim of space piracy herself, Vilma and her co-pilot were lucky to be alive thanks to her best friend, a three-eyed humanoid from Titan, who picked up her faint SOS. Enraged at the ineptness of the space police, she decides to hunt down the pirates that destroyed her ship and left her, and her co-pilot, to die. #fdf #fateofadistantfuture #pinoysci-fi 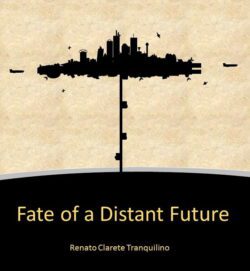 Fate of a Distant Future | Renato Clarete Tranquilino
₱450.00
We use cookies to ensure that we give you the best experience on our website. If you continue to use this site we will assume that you are happy with it.AcceptPrivacy Policy