Mind of an Altruist | Jommy Teotico

We all have the power to make our dreams come true; all you need to do is believe and be you.

“Set me free from my prison, that I may praise your name. Then the righteous will gather about me because of your goodness to me.” Psalm 142:7

Jommy Teotico is the winner of the reality show Pinoy Fear Factor in 2008. He founded “Wear Em Proud” as an advocacy to help promote Filipino games to the youth and raise funds to give away clothes to street kids. He was also busy establishing a career in the entertainment industry. Until that fateful day in 2014 when he got set-up by the police. After finding comfort for his ADHD in marijuana, Jommy didn’t expect to spend over six years in prison for violating the Comprehensive Dangerous Drugs Act, which regulates drug use in the Philippines. But this is where he found himself and wrote a book called Mind of an Altruist, his observations and realizations surrounding mental health as observed within the confines of his prison wall. Fast forward to 2021, his case was finally dismissed due to lack of evidence. Determined to give voice to the wrongfully accused victims of the government’s war on drugs, Jommy joined the medical cannabis advocacy and was recently elected as the Deputy Secretary General of the Medical Cannabis Party. Medical Cannabis Party is the newly formed first political party in the Philippines and Asia dedicated to the decriminalization of cannabis use. He is also in the process of launching a foundation that will enable him to carry out his advocacies in helping create a better future. 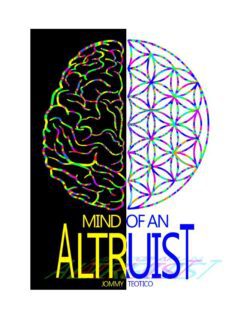 Mind of an Altruist | Jommy Teotico | EPUB
₱500.00
We use cookies to ensure that we give you the best experience on our website. If you continue to use this site we will assume that you are happy with it.AcceptPrivacy Policy